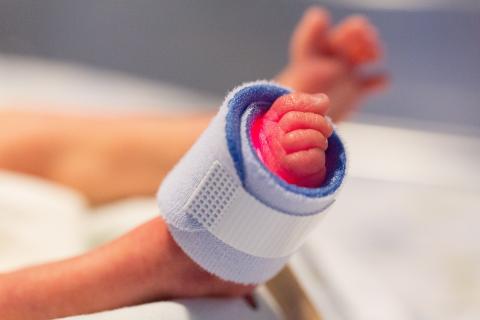 A British nurse charged with murdering seven babies and attempting to kill ten others between 2015 and 2016 attacked one of the victims twice in one day, prosecutors told the court.

Lucy Letby, 33, attacked the baby, referred to only as Child H, on two occasions at the Countess of Chester Hospital, the BBC reported.

The first attack happened in the early hours of Sept. 26, 2015, prosecutors told the Manchester Crown Court during Letby’s murder trial.

She allegedly attacked Child H again the next morning after the infant’s nurse temporarily left the intensive care room.

Letby completed an overnight shift that week, nurse Christopher Booth, who was on duty on both nightshifts, told Letby’s defense lawyer, Ben Myers.

As a result of the first attack, Child H experienced a “profound” drop in blood oxygen levels and heart rate as medics discovered her breathing tube was blocked with secretions, the court heard.

Child H suffered more profound desaturations while on a ventilator at around 12:55 a.m. on Sept. 27, 2015, but her breathing tube contained no secretions this time.

The infant’s heart rate plunged to 40 beats per minute shortly past 1:05 a.m., and full resuscitation, including chest compressions and doses of adrenaline, was needed before she recovered.

Babies should have a heart rate of around 110 to 160 beats per minute, according to the North Bristol NHS Trust.

When asked how Child H’s second crash was different, registrar Dr. Matthew Neame noted there was “a lack of clear explanation for the event at this time and the fact that it has happened again in a relatively short space of time.”

“Both those things would have made me more concerned about [Child H’s] condition,” Neame, who claimed he thought Letby was the nurse he spoke to during the second crash call, said.

After the crashes, Child H was transferred to Wirral’s Arrow Park hospital, where she “came on in leaps and bounds” and was later discharged, her parents said.

Letby, who was first arrested in 2018 following an investigation into high infant mortality rates at the Countess of Chester Hospital, has been charged with seven counts of murder and 15 counts of attempted murder.

She pleaded not guilty to all charges.

Letby’s trial at Manchester Crown Court began in October last year and is due to conclude within half a year from starting.