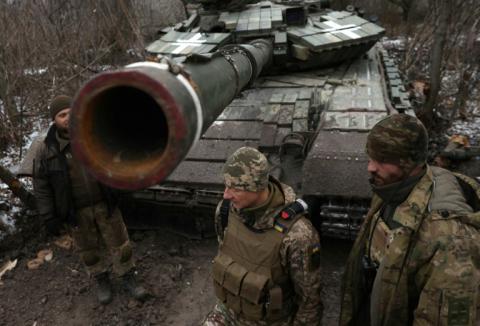 Former Russian President Dmitry Medvedev has called the country’s invasion of Ukraine a “last-resort response,” while blaming the United States and its Western allies for bringing people close to a possibility of a third world war.

“Our party should help the people around the world understand that the ongoing special operation was a forced and last-resort response to preparations for aggression by the US and its satellites,” Medvedev said Monday, while addressing the ruling United Russia Party leadership, according to RT. “It is obvious that the world came close to the threat of WWIII because of what was happening.”

Medvedev also talked about a “serious crisis” at the United Nations and other international institutions. He said these institutions were created to resolve international disputes, but the West’s actions have turned situations into a battlefield.

“Our opponents are trying to enlist as many votes as possible in support of their anti-Russian initiatives, using underhanded means such as economic pressure, extortion and political bribery,“ Medvedev said.

Russia launched a massive offensive in Ukraine on Feb. 24, seeking the “demilitarization” and “denazification” of the country.

While Medvedev says that the Ukraine invasion was “forced,” Kiev insists the offensive was completely unprovoked.

Medvedev’s comments came a day after he wrote on Telegram that the West has given enough weapons to Ukraine to “destroy” Moscow.

The deputy chairman of the Security Council of Russia said the West’s allocation of weapons “leaves no doubt that our enemies will indefinitely try to wear us down, or rather destroy us.”

“And they have enough weapons,” Medvedev admitted on Telegram. “If necessary, they will start producing new ones.”

Medvedev also criticized the ongoing training of Ukrainian soldiers at the Ramstein base, while mocking the NATO military leaders by saying they were “under-developed.” He added NATO’s aim to make Russia lose to bring peace would only mean that if Moscow lost its war in Ukraine then it would “provoke the outbreak of a nuclear war.”

As the war in Ukraine completed 11 months, U.S.-based think tank Institute for the Study of War stated Russian forces were preparing for an “offensive effort” in the spring or early summer of 2023.